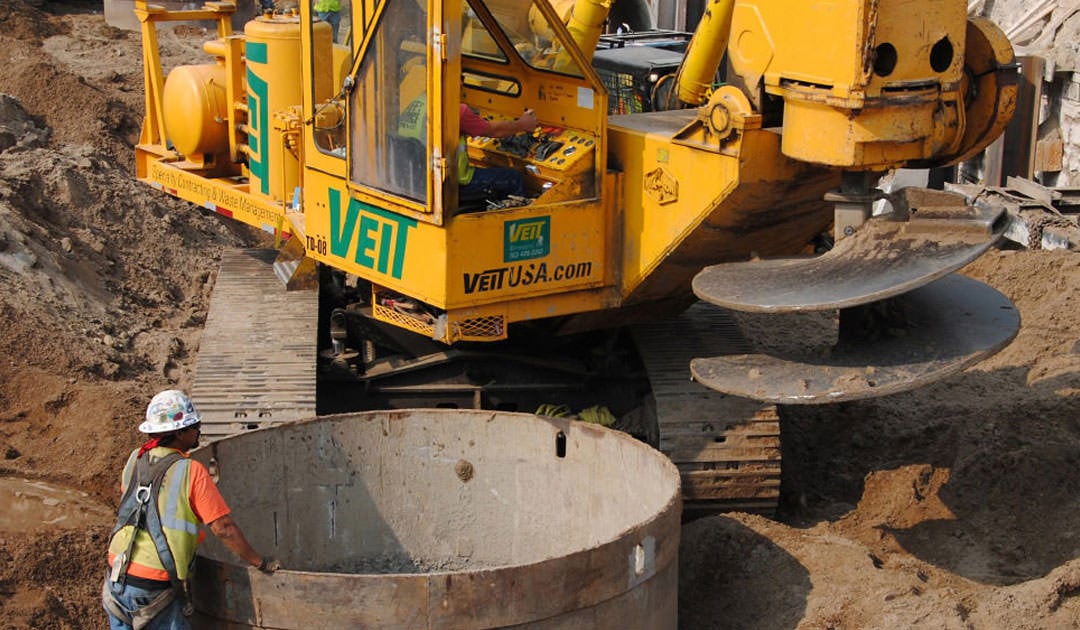 Since 1929, Veit & Company has been one of the most respected specialty contracting and waste management companies in the U.S. The company is located about 30 minutes northwest of Minneapolis, Minnesota, and has over 700 employees that work in a variety of locations all over the U.S. Veit projects include large-scale earthwork, demolition, and waste hauling. Being connected via smartphones with their teams is critical to their daily operation.

When Veit implemented Microsoft Office 365 for their employees, they ran into a familiar issue— employees had no direct way to access the company’s growing contact database. Their Global Address List (GAL) and employee information didn’t sync to their phones in real time.

Employees absolutely need to access accurate shared contacts in order to do their jobs. The only way employees could look up shared contacts was through a series of manual steps. Most resorted to just calling the corporate office for help finding people’s information.

Dan Neinstadt came on board with Veit in 2018 and knew there had to be a more efficient and cost-effective solution to this problem. Mr. Neinstadt knew this would soon become an even bigger issue for the company as most employees work on jobsites all over the country and rarely have the chance to make it into the office in person.

“I don’t know how companies sync their phones to the GAL without using CiraSync. This solution works great, everyone should have it.”

After searching the Internet for GAL sync software solutions and reading reviews on CiraSync , Mr. Neinstadt initiated a CiraSync Enterprise Edition trial. He decided to test it with 10 people in a pilot group. He got the pilot up and running in virtually no time and saw immediate results. The company GAL synced and connected the contacts to the 10 people in the pilot group immediately. “Once we completed a short trial period, we immediately bought the licenses for more people at Veit and have continued to roll CiraSync out. We are currently working to implement this solution across the entire organization,” said Neinstadt. As a satisfied customer, Dan left a positive review on the G2 review site where professionals search and compare the best business software and services based on user ratings and social data.

Get Started $
By continuing to browse the site you are agreeing to our use of cookies.
M